Connecticut College presents awards to alumni for their significant contributions to the College and society at Alumni Convocation during Reunion weekend each year. The following are the 2021 award winners:

The Harriet Buescher Lawrence ’34 Prize recognizes alumni who are leaders in improving society or inspiring others for good, either through direct service or through changing the climate of human life materially, socially, ethically or spiritually. Harriet Buescher Lawrence spent the last years of her life increasingly involved with charitable activities and in support of higher education.

John served as Director of Planning for the Department of Higher Education of Connecticut setting academic policy for all of the State’s public universities and colleges. He is the first African-American male graduate of Connecticut College, was a Watson scholar and went on to earn a PhD in history from Princeton.

He was the first known man of color to graduate from the College. As an alumnus, he has served as a reunion committee member. John holds an M.A. and Ph.D. from Princeton University. He is a retired director from the Connecticut Department of Higher Education. John has been a trustee of Goodwin College since 2010.

Lois majored in history at Connecticut College and graduated cum laude. She was the recipient of the History Department Award and the Peter Yozell Prize. Lois’s commitment to the College shines through every responsibility, both large and small, that she has undertaken in service of the class. As an alumna, she has volunteered as class correspondent, Reunion committee member and Reunion chair. Because of Lois’s persistent and tireless efforts, we were able to locate contact information for many “missing” classmates and, by 2019, had re-assembled a respectable class list from which to engage volunteers for our reunion planning committees as well as cultivate cohesiveness and bonding amongst our classmates.

Lois has had a long and successful career as the Director of Conservation and Senior Conservator of Library Collections at the Winterthur Museum in Delaware. Her professional achievements include conservation advocacy and outreach leading to involvement in disaster relief activities after Hurricane Katrina, as well as training cultural heritage professionals in Iraq and engagement in projects promoting preventive conservation and sustainability. In retirement, Lois continues to serve as allied Winterthur/University of Delaware faculty and consults and teaches from her home in Santa Fe, NM.

The Mach Arom ’89 Award honors young alumni for service to Connecticut College and for distinguished achievements in their professional field or in society. The award is named in honor of Mach Arom who died of a heart attack in Rwanda while on a humanitarian mission for the International Rescue Committee. Mach is remembered for his service to his class and Connecticut College and the ways in which he carried out everything he did with intense commitment, strong presence, attention to detail and unbelievable energy.

His focus on public health began during college, working one summer in South Africa to educate sex workers on safe sex practices. After college, he joined the Peace Corps and worked in Peru for 3 years working on HIV and AIDS prevention, among other health issues, and then running the local program. He obtained his master's degree in global public health from Emory shortly after returning to the US and has returned to his home in NYC to work first with the City and now the State on HIV AIDS prevention. He is dedicated, motivated, and compassionate. He shows up for his community as a Black gay man and he helps educate others, teaching at Conn College and NYU. He is an example of excellence and Connecticut College should be proud to bestow accolades on such an alumnus.

Addie is an outstanding teacher who has made significant contributions to educating young people. She has helped countless colleagues to become better teachers and inspired her students to high levels of achievement. She participated in the Teach For America corps in the South Bronx and continues to teach in low-income communities in New York City. Addie was selected for a Math for America Master Teacher Fellowship, recognizing a highly accomplished math or science teacher. She has also received the National Teacher of the Year Award for KIPP, one of the largest and most successful charter school networks in the country and the Harriett Ball Excellence in Teaching Award in 2017, a national teaching award. Addy majored in Government and American Studies at Connecticut College and was the recipient of the Mary F. Morrison Prize. She was a member of the women’s indoor and outdoor track and cross country teams and was involved with community partnerships, including Students Organization Against Racism and Students Against Violence to the Environment. Addy is currently an 8th grade science teacher at KIPP Infinity Charter School, a top-rated school located in NYC.

The Agnes Berkeley Leahy Award, established in 1961, honors alumni who have contributed outstanding service, demonstrated by continued interest in the Alumni Association and sustained active participation in class, club or Board of Directors activities. Agnes Berkeley Leahy ’21 served as president of the Alumni Association Board of Directors twice and was a member of the Board of Trustees for ten years.

Anne’s lifetime commitment to public service spanned across the government, corporate and nonprofit sectors in Rhode Island where she lives. While practicing law, she became active in local politics running for the Jamestown Town Council and the School Committee and serving as the chair of the Jamestown Democratic Town Committee. In 2011, the Governor of Rhode Island appointed her to chair the R.I. Coastal Resources Management Council, the quasi-public state agency that regulates and manages all coastal activity in the state. 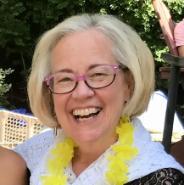 Before she retired in 2018, Ronna was one of the most respected women arts leaders in Connecticut. As Executive Vice-President of the Bushnell Center for the Performing Arts in Hartford (Connecticut’s largest presenting arts institution), she was second in command overseeing development, marketing, and communications, in addition to managing the Bushnell’s Board of Trustees. She was widely recognized for her leadership in external affairs and for her skills in the art and science of fundraising which she successfully honed during her 40 years at the Bushnell. A mover and shaker in the Hartford region, Ronna was also involved with the development of the IQuilt Partnership, a sustainable urban design plan for downtown Hartford, connecting the many cultural assets within a pedestrian network of parks and plazas.

The Alumni Tribute Award, established in 1986, honors an alumna or alumnus who has given sustained and extraordinary service to the College. Service must be in keeping with the purposes and spirit of the Alumni Association, but it doesn’t have to be given through the Association. Nominees cannot be currently employed by the College or members of the Association’s Board of Directors. Nominees must be approved by the Board. The award is presented annually to a member of a Reunion class during the Annual Meeting of the Alumni Association.

Deborah majored in French at Connecticut College, sang in the chorus and was a member of both the Judiciary Board and Student Government Association. She is and has always been a strong supporter of Conn, beginning with her tenure as Chief Justice of Honor Court. Always gregarious and disciplined, after serving in the Peace Corp she went on to become a film professor at Arizona State University, and ultimately Dean of the Faculty. Always a supporter of the Annual Fund, Debby served on the Alumni Association for the last 6 years, making substantial gifts to the College during her tenure.

As an alumna, she has volunteered as a class gift officer, reunion chair, reunion committee member, Alumni Association board member and admission representative. She has been a generous donor to the College. She holds an M.A. and a Ph.D. from the University of North Carolina-Chapel Hill.

The Goss Award recognizes alumni who, through their enthusiastic participation in programs and activities, have made a significant contribution to the Connecticut College community. This award was established by Cassandra Goss Simonds ’55. Cassandra served in a wide range of positions as a student and as an alumna, including as class president and as president of the Alumni Association Board or Directors.

Anne-Marie Lizarralde ’91 began working in the Connecticut College Research Lab the summer after she graduated from Connecticut College as an Environmental Studies major. She has built her career at Connecticut College where she currently resides as a Senior Research Scholar. She served as the Class of 1991 Reunion Chair for 9+ years. Anne is an active and enthusiastic supporter of Connecticut College and always eager to connect with classmates and peers. Anne has earned the respect and admiration of her entire class and is a selfless and dedicated volunteer.

Anne-Marie graduated with a B.A. in human ecology in 1991 and earned her M.A. in botany in 1997 from Connecticut College. As an undergraduate she was a member of the group Students Organization Against Racism and volunteered as a senior pledge agent. As an alumna she has served as class president, class gift officer, reunion committee member and reunion chair. She has been employed at the College for over 30 years and is currently a senior research scholar in the Botany Department.