The history of race and ethnicity

Peru and the Andes 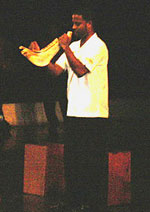 "A prominent writer from the U.S. south once commented that the past was not dead, nor was it really past. The same could be said of Latin America, a region that Colombian Nobel laureate Gabriel García Márquez compared to Faulkner’s Mississippi. History remains strikingly relevant to many Latin Americans’ everyday struggles against an increasingly unequal status quo. In the Andes, the meanings and lessons of the past provide a valuable tool for change and a terrain of intellectual and political conflict. Certainly no part of the world could be more relevant to the U.S. today." - Leo Garofalo

Leo Garofalo's research in Peru draws attention to the central roles of Native Andeans and Afro-Peruvians in shaping daily life within colonial cities. Marketplaces and taverns witnessed tremendous changes over the first two centuries of colonial rule and transformation in the Andes. Through the buying and selling of commodities and the brewing and drinking of chicha corn beer, diverse groups of colonizers and colonized created a colonial Andean culture in Peru's principal cities: the old Inka capital of Cuzco, and the Spaniards' easily defended coastal creation called The City of the Kings (Lima).

Recently, his work led him into the archives of the Spanish Inquisition and the cavernous vaults of the Spanish imperial bureaucracy in Seville to uncover traces of the passage of the tens of thousands of West Africans forced into slavery and brought to the Andes in the 1500s and 1600s. In order to fully understand the colonization of Pacific South America, he continues to reconstruct the physical and cultural paths of Afro-Andean peoples and their impact on colonial society and upon the Portuguese and Spanish Atlantic worlds they passed through.

Leo Garofalo's current research is on the Afro-Iberian roots of Andean witchcraft and the Atlantic and European routes of the West African Diaspora to the sixteenth- and seventeenth-century Andes. He was recently awarded a Social Science Research Council Grant and a Fulbright-Hays Research Grant.

He brought the Afro-Peruvian music and dance group Negrura Peruana to perform on campus. (Shown: a Negrura Peruana performer using the quijada, an instrument made from the jawbone and teeth of a mule.) He has brought to campus such speakers as Luis Murillo, Former Governor of Colombia's Chocó, Felipe Luciano, chairman and co-founder of the Young Lords Party, and the historian Johanna Fernandez, who has studied the Young Lords within the wider context of civil rights movements various streams of political activism in the 1960s and the 1970s.
Professor Garofalo co-edited a book with Kathryn Joy McKnight, Afro-Latino Voices: Narratives from the Early-Modern Ibero-Atlantic World, 1550-1812, (2009). 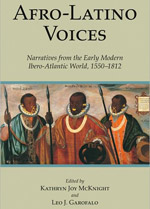 Professor Garofalo published with Erin O'Connor Documenting Latin America: Gender, Race, and Empire, vol. I (New York: , 2010) and Documenting Latin America: Gender, Documenting Latin America Vol 1Race, and Nation, vol. II (New York: Pearson, 2010). The vol. I cover shows the Aztec emperor Cuauhtemoc's surrender in 1521 to invading Spanish conquistador Hernán Cortés sitting on the European-style throne and decked out with quetzal feathers, highly valued throughout Mesoamerica, and backed up by Doña Marina or "la Malinche," the ethnically non-Aztec indigenous women who served as his translators and concubines. Also pictured are Aztec or Mexica noblewomen along the top crying in Nahuatl, "thus ended the Mexica people," a Spanish foot soldier marches with three Tlaxcalan warriors allied with the Spanish, and a Spanish page holds a turkey representing the invaluable support in food, porters, fighters, and guides supplied by the indigenous allies that rebelled against the Aztec overlords and made the European invasion successful. 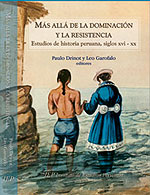 His recent publications and papers include: "The Shape of a Diaspora: The Movement of Afro-Iberians to and from Colonial Spanish America"; "Conjuring with Coca and the Inca: Defining Colonial Cultural among Afro-Peruvian Ritual Specialists, 1580-1690"; "The Case of Diego Suárez:Afro-Iberian Roots in the Confraternities and Christian Identity of the Early Spanish Atlantic World"; "To Drink With Friends: The Dynamics of Gender and Ethnicity in the Andeanization of Peru's 17th-century Inns and Hispanic Shops"; "The Inka's Drink in Colonial Goblets: Kurakas in Cuzco's Chicha Corn Beer Market, 1640-1700."

He also serves as co-director of the Mellon Mays Undergraduate Fellowship program at Connecticut College.

In Fall 2010, professor Michael James (Education) and Professor Garofalo led a Study Away Teach Away (SATA) program in Oaxaca, Mexico that focused on a semester's study of Mexican and Central American immigration, indigenous rights and social movements and socially engaged education.